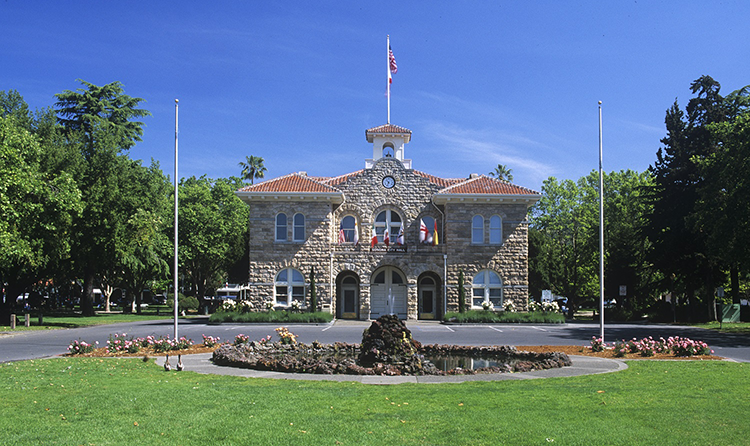 Sonoma, like several other Sonoma County towns, is desperately trying to hold on to the rural, small-town atmosphere. There is a picturesque square in the center of town around which lie shops, art galleries, restaurants and a couple of small hotels. The square gives Sonoma a sense of place. Many Sonoma residents take pride that their town is self-sufficient, and not part of a greater metropolitan area. They work, eat and shop locally. This is probably more a function of Sonoma’s location being outside the Highway 101 corridor which connects many of the Sonoma County cities.

The town population is about 9,000. It serves as the center of the southern Sonoma Valley mini trade area which comprises about 30,000 residents.

To maintain this ambiance, the town of Sonoma has limited growth in housing to less than the demand. This has caused homes within the city limits to become more expensive, and it has forced the growth into surrounding unincorporated areas like Boyes Hot Springs, Fetters Hot Springs and Aqua Caliente, often referred to as “the Springs” by locals. These communities lie along Highway 12 north of Sonoma.

While of limited importance today, Sonoma has historical interest for being the site of the bear flag rebellion, and the site of the first non-Hispanic capital of California. There remains a mission and barracks on the town square, and General Marianos Vallejo’s home is a tourist attraction.

The primary employers are vineyard and wine-making industries and tourism. Much of the tourism is associated with wine tasting, good food, and enjoyment of the wine country life style.

Driving time is about 45 minutes to either San Francisco or to Santa Rosa. Napa and Petaluma are both about 15-20 minutes away.

As of June 2016 the median price of a single family home in the Sonoma region was $1,212,500. This was among the highest in the County, and reflects a number of upscale, wine-country estates in this area.

Sonoma’s climate is fairly typical for major populated part of the County. Warm summer days and cooler evenings are typical, which is perfect for growing fine wine grapes.