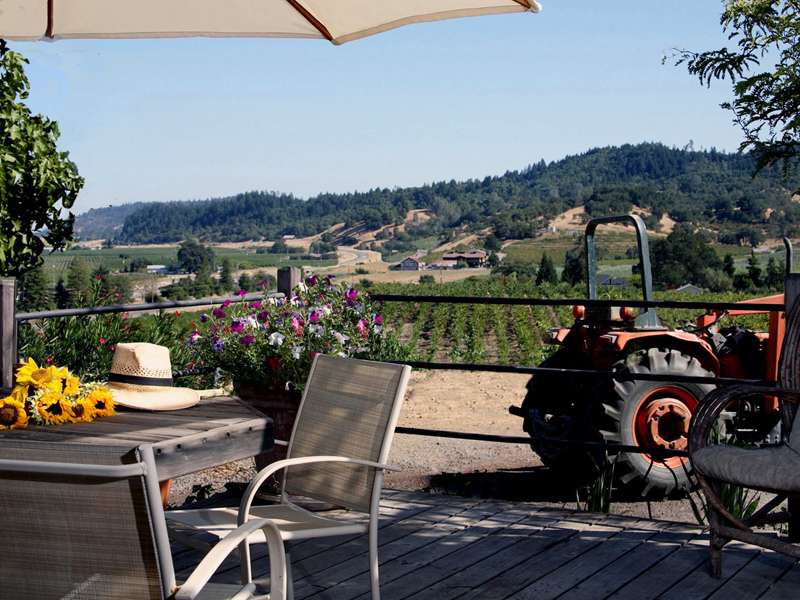 Cloverdale lies about 19 miles from Santa Rosa at the far north end of the Highway 101 corridor, near the borders of Mendocino and Lake Counties. The location lies at the convergence of prime grape-growing areas just to the south of town and the more rugged terrain which is home to vast redwood forests to the north.

Largely by virtue of its location, Cloverdale is one of the most affordable locations for housing in the County. A relatively large part of the local population commutes to jobs in the surrounding vineyards and wine producing industries, or to other job centers in the surrounding areas. The most likely immediate growth in Cloverdale will come from workers seeking affordable housing who will commute to other parts of Sonoma County to work.

Up until recently, highway 101 ended as a four lane divided roadway at Cloverdale, dumping highway traffic into the main thoroughfare, Cloverdale Blvd. Now there is highway bypass around the town.

At the north end of the Alexander Valley, and blocked from much the coastal climate influences by remote, largely unpopulated rough terrain, Cloverdale is the warmest town in the county. Highs in the summer are higher than most of the County. In the winter, Cloverdale, like other north and western parts of Sonoma County, receives somewhat more rainfall than other parts of the County.

Housing in Cloverdale is split fairly evenly between older bungalows and newer homes which reflect the recent movement to develop more affordable housing where the land is somewhat less expensive. The median home was priced at $592,000 as of June 2016.