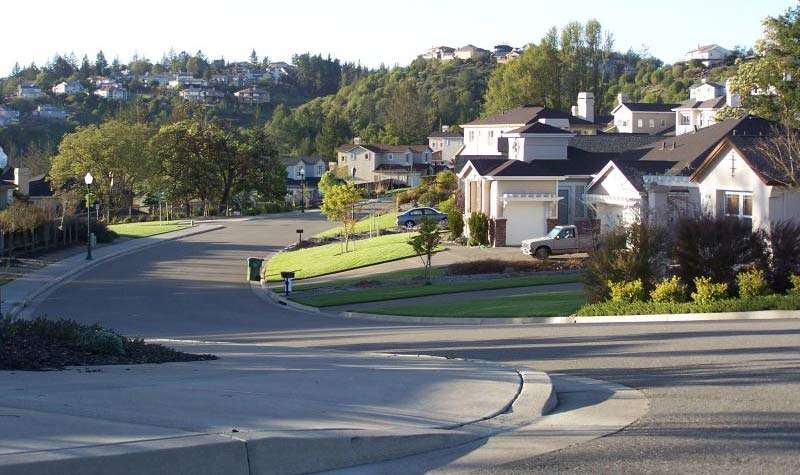 Straddling Highway 101 about one hour north of the San Francisco, Santa Rosa is the center, both physically and functionally, of a north bay trade area of about 400,000. It is the seat of county government as well as home to many state and federal offices, a center for retailing and employment in Sonoma County.

Some of the qualities that make Santa Rosa appealing are the Wine Country and small town ambiance, the historic downtown and surrounding areas, the availability of the arts, a state university and top rated junior college in the vicinity, the ocean which is 45 minutes drive away and home prices that are “affordable” relative to other Bay Area regions.

In its early life; Santa Rosa served as the commercial hub of a largely agricultural region. As the County seat it housed the local government offices. Growth did not come fast. There were only 6,000 residents at the turn of the century, and the population in 1940 was only about 12,000. Real growth began in the 1950’s, after the War, and the population stood at 50,000 in 1970. The last 30 years have seen Santa Rosa almost triple in size.

Crime is typical of suburban areas. The weather is “wine country” temperate. Hills block coastal fog and winds for most of the day in summer, making for warm days and cool evenings. It’s a well kept town with lots of street trees and parks. In general, it’s a good city in which to raise a family.

The largest local issue these days is traffic congestion, particularly on Highway 101, which bisects the town. The problem is exacerbated because 101 carries traffic through Sonoma County, from town to town and local Santa Rosa traffic moving from one end of town to the other. While much road widening work has been completed in Santa Rosa, it may be 5 – 10 years before the 101 freeway throughout Sonoma County is widened.

Santa Rosa has the widest range of housing opportunities in the County. The median price of a single family home is $629,500 as of June 2016. Median price for a 2 bedroom condominium is $292,000.

Most newly built homes are on the far east side, the southwest quadrant of town and in the Fountaingrove (more expensive) area on the northeast side. The most affordable are in the southwest, where there is the most opportunity for expansion.

Contact the Santa Rosa Chamber of Commerce at 707-545-1414, or www.SantaRosaChamber.com.