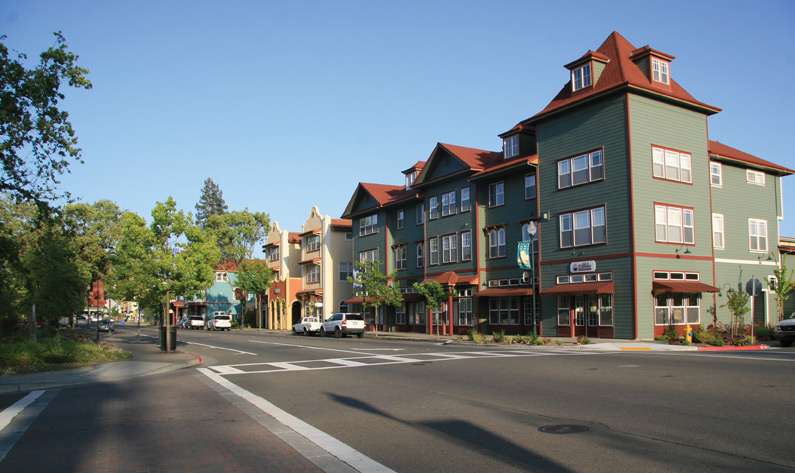 The key word to describe Windsor is “new.” Incorporated in 1992, most of the housing has been built since the 1980’s when a home building boom took hold in what had been a small, unincorporated hamlet. The current population is estimated to be about 20,000, making Windsor Sonoma County’s fourth largest city.

Home buyers can buy slightly more house in Windsor than in many other areas of the County, and therein lies a big part of the appeal. There is a growing business and industrial park on the west side of 101, but, for the most part, Windsor is a more affordable bedroom community from which residents commute to jobs in other parts of Sonoma County.

Only six miles north of Santa Rosa, straddling the 101 freeway, Windsor is centrally located. However, heavy traffic and frequent delays on 101 have made commuting to south county locations less desirable.

The Windsor School District unified in 1992 when the town was incorporated. It now serves K-12 in three elementary schools, one middle school for grades 7-8 and one high school. Prior to unification, high school students attended Healdsburg High 8 miles up highway 101.

Because the bulk of the housing was constructed by larger developers since 1980, the nature of the housing is relatively homogeneous. Most homes feature 3-4 bedrooms, 2-3 car garages and are built on lots of about 6000 square feet. Prices vary within a fairly narrow range, with the median price at $575,000 as of June 2016.